Our client Emperor’s Palace, wanted us to capture a variety of action-packed cycling shots for its Cycle Classic held in the vicinity of the resort to send to various media. The aim was to move away from the routine shots at the start and end, by shooting exciting images in different scenic points along the entire race route.

Peter’s dilemma was how to get good angles all along the route. Even driving in a vehicle, it’s difficult to take pictures of the cyclists, and then overtake them safely to get to the next vantage point. 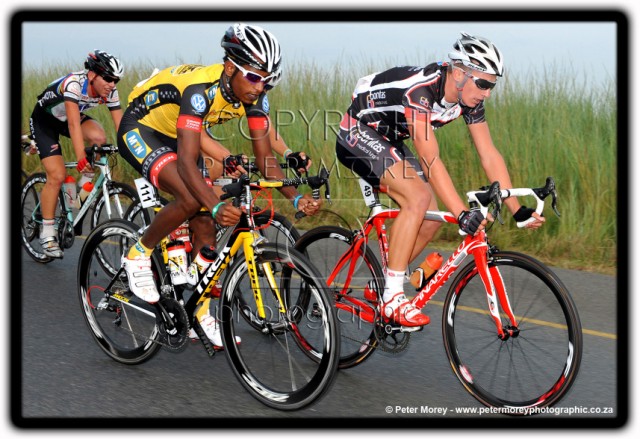 As a proficient motorcyclist, Peter came up with the concept of travelling on his motorbike next to the cyclists holding his camera in one hand while riding with the other. This bold approach enabled him to take innovative close up pictures from different angles and positions throughout the race.

Never to be outdone in any situation, Peter rose to the challenge for his client, capturing a series of riveting action shots of cyclists along the route without distracting them or endangering his own safety.